A square world: the “Water cube” by MVRDV 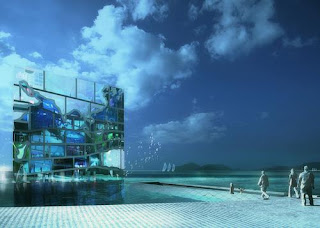 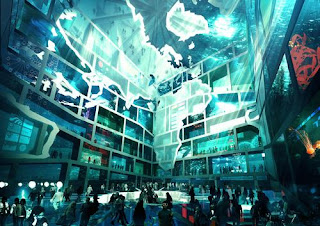 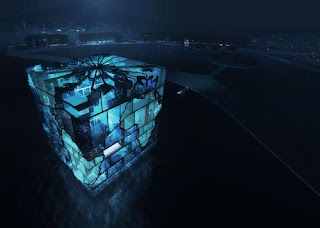 After Aichi in 2005 and Shanghai 2010, yet another World Exhibition will be staged in Asia. “The Living Ocean and Coast” is the theme of the 2012 International Exposition in Yeosu, South Korea. It asks for a greater recognition and awareness of the oceans and marine resources, and their importance to mankind.

MVRDV’s design for the thematic pavilion interprets the Expo’s focus by ‘extracting a block from the ocean’: a central void, the Hall of the Oceans, is surrounded by water basins which are stacked in the shape of a cube, based on the structural capacity of the glass facades and floors. According to the architects, “each water basin displays a specific aspect of the ocean – the deep sea, the tropical waters, the mangroves, reefs - turning the cube into an encyclopaedic museum, the library of the oceans!“

The entire structure is placed within the walls of the cube leaving the void column-free. The structural elements are integrated in the walls, between the basins, in the form of a world map: thematically, each ocean, continent and coastline can be identified on the façades; structurally, the coastlines and continents together with a ramp circulating up the walls for accessing higher levels form the structural frame in which the water basins are inserted. Structural support elements are positioned in the solid parts of the continents. Beams with a depth of 5m support the roof structure.
Posted by ArchiVerse at 27.8.10