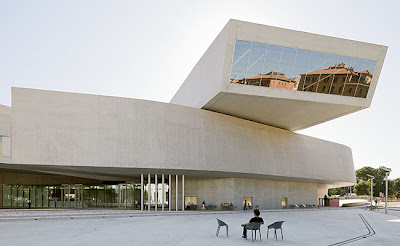 Rome, Italy
MAXXI: Zaha Hadid Taps into Rome’s past while creating its most contemporary building in decades.
By Clifford A. Pearson 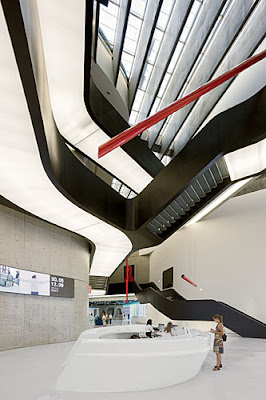 In Rome, history flows through every urban artery, providing a strong pulse to obscure outposts and tourist destinations alike. For architects, the Eternal City presents history as inspiration, obstacle, and challenge. With the National Museum of XXI Century Arts (MAXXI), which opened in May in the Flaminio district just outside the city’s historic core, Zaha Hadid treats it as a river — a fluid construct comprising a series of streams — converging, overlapping, then changing course. In the process, she taps into powerful flows of the Roman past and delivers her most convincing building to date — a sensual piece of construction that works both urbanistically and as a place to view art. 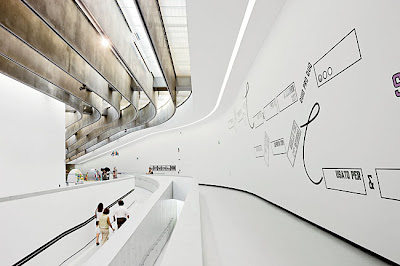 More than 10 years in the making, MAXXI offers visitors a trip to Hadid’s past, as well as Rome’s. When she entered the competition for the project in 1999 and made it to the short list of 15 architects (which included Steven Holl, Toyo Ito, Rem Koolhaas, Jean Nouvel, and Kazuyo Sejima), she had built very little and employed only about 30 people. Today, her staff numbers more than 350 and she is building major projects around the world. The year 1999 turned out to be a pivotal moment in her career, starting with a set of unsuccessful competitions and ending with her busy designing two projects in Germany — the Phaeno Science Center and the BMW Central Building — and a transit terminus in France, in addition to MAXXI. (See sidebar, page 86.) 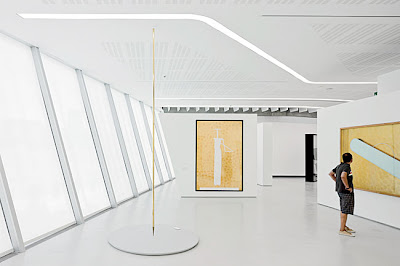 In each of these projects, Hadid and her partner, Patrik Schumacher, approached the building as a “quasi-urban field, a ‘world’ to dive into rather than a signature object,” explains Hadid. With MAXXI, the architects confronted a site covered by a set of military barracks, some of which they could remove and some they needed to keep. Their design incorporates a military building on Via Guido Reni to the south and carves out a public plaza running the length of the site to Via Masaccio on the north. In addition to opening a pedestrian connection through the city block, the scheme acknowledges the angled street grid beyond Via Masaccio — twisting the museum building to align with a nearby streetcar line. Or, as the architects explain in their tortured project text, “An inferred mass is subverted by vectors of circulation.”